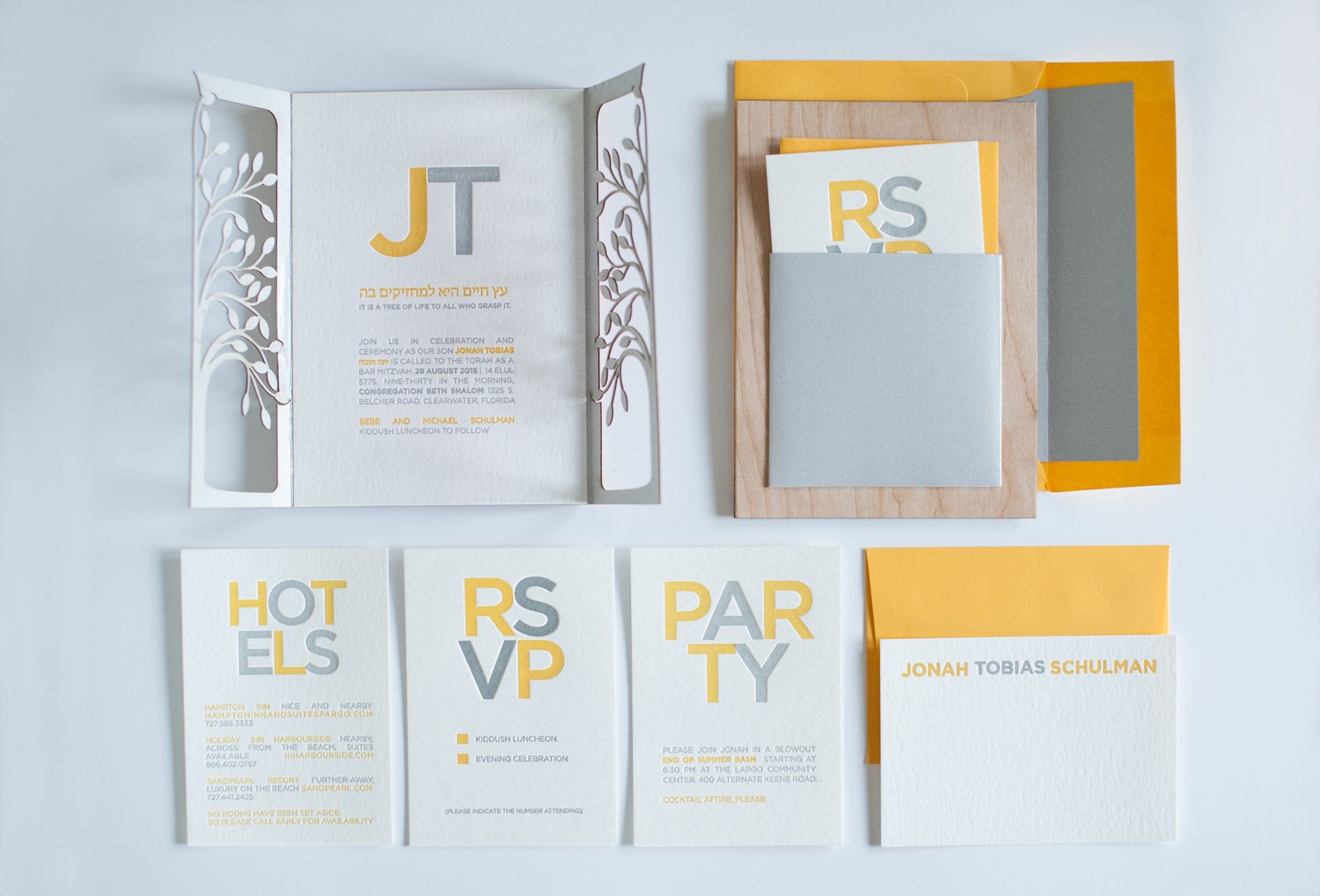 I worked with the Schulman family for a while to hone in on the design of their son’s bar mitzvah invitation. The key element was the tree of life gatefold, which we were crafting out of wood. I had a product that I loved (the same one I had used for The Knot Gala invitation), but the backside of it (the inside of the gatefold) was ugly. Thus was the perfect opportunity to tie everything together by duplexing a sheet of the paper we were using for the envelope liner to the inside – a shimmery reveal.

Here’s where things got sketchy: I’ve done some wood veneer lasercutting before – it’s a dream to work with and can usually be cut quickly, which is great for production time and costs. I had estimated this particular design to take about 1 min per piece to cut and based my timeline and budget around that figure.

Boy, was I wrong.

There was something about the particular combination of substrates and glues in this sheet that made it hard to get the laser to cut all the way through without burning up either the wood or the liner. We did settle on a combination that worked well – low and slow. A lower power on the laser, moving more slowly did the job, but it quadrupled the amount of time necessary to cut them. It also left inordinate amounts of carbon on the back of the sheet, something that had to be hand-cleaned on these very delicate pieces.

So, what should have been a little over four hours’ work wound up taking almost three full days of production. Fortunately, a little extra hustle kept us in the timeline and we could absorb the effects on the budget, but it was a tough lesson.

I learned a few things through this one: