out of the shop | indie atlantic

Out of the Shop is our chance to move outside our four walls and into our friends’ lives for just a moment, highlighting the work of the amazing photographers, planners, musicians, artists, and rapscallions that inspire us. 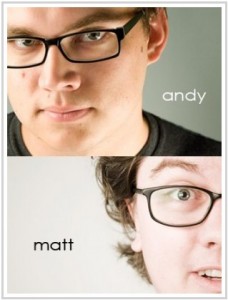 I met brothers-in-law Andy McEntire and Matt Wiatt of Indie Atlantic over a year ago.  Matt moonlights as a DJ of BOOM-BOOM, mmmm-chk variety (not like this guy) and had contacted me about playing some jazz bass while he spins the platters.  Before we could ever schedule a session, we ran into one another and Andy happened to be there.  I’ve since come to really love these guys and the energy they bring to everything they do.  They’ve had some of the most incredible gigs you could ever imagine, but consider giving back to their homebase (my little piece of Florida) a top priority.

I sent the guys a few questions and gave them a day or two to respond.  Even in separate responses, it’s easy to see how well these guys work together.

Andy | I started creating films when I was much younger, interned with a company in college that filmed some of the largest and most exclusive events in the country. I was able to gain a lot of experience in film and business and decided to start a company. Indie Atlantic actually began as a live music, film, and design venture and slowly moved to strictly film with hopes to bring music back at some point.

Matt | I have been working in Film/TV/Video Production since college.
http://www.imdb.com/name/nm2980195 (how cool is that!?  I want my own imdb page!)

3} Name three things {or places or people or eras or..or…or….} that inspire you.

Andy | Three things/people that inspire me: 1. creative and motivated individuals 2. faith/family 3.opportunities (always inspire me) and if I may add a 4th…coffee.

4} How would your friends describe you?

5} How would they describe your style?

6} What are you reading/watching this week?

Matt | We are friends and family first.  Its great working together.

Andy | It’s wonderful to keep the company “in the family”. I’m a huge fan of working with family members and especially ones who are very creative. Matt offers so much creativity and vision for our company. We’ve become a great team and he’s added so much balance to the company. My sister Katie also is a huge help and is incredibly brilliant at creating stories and producing.

Andy | Indie, standing for independent. I didn’t want our company to be tied to corporate formats or a set sequence. Each project we create is custom to each and every client. Atlantic is a tie back to where the company was started and where we grew up on the east coast of FL, the Atlantic.

9} What’s your most embarrassing moment on the job?

Andy | Nothing too embarrassing…but many adventures with lots of once in a lifetime experiences. Met some very interesting people as well throughout the travels.

Matt | I have not really been embarrassed on the job.  When I was producing a pet show for PBS.  It was always interesting when I would go buy props at the pet store. The cashier would always give me weird looks because of the variety and quantity of pet supplies I would buy.

Matt | We have a variety of projects in the works.

Andy | Many things are in the works right now that we are excited about announcing when the time is right. We are working on some fun documentaries and will be traveling to South Korea in July for a film shoot. We will also be spending a lot of time working here in Lakeland on some new and exciting things.

Matt and Andy are great guys and phenomenal videographers.  Do yourself a favor and stop by indieatlantic.com to check out more of what they do.