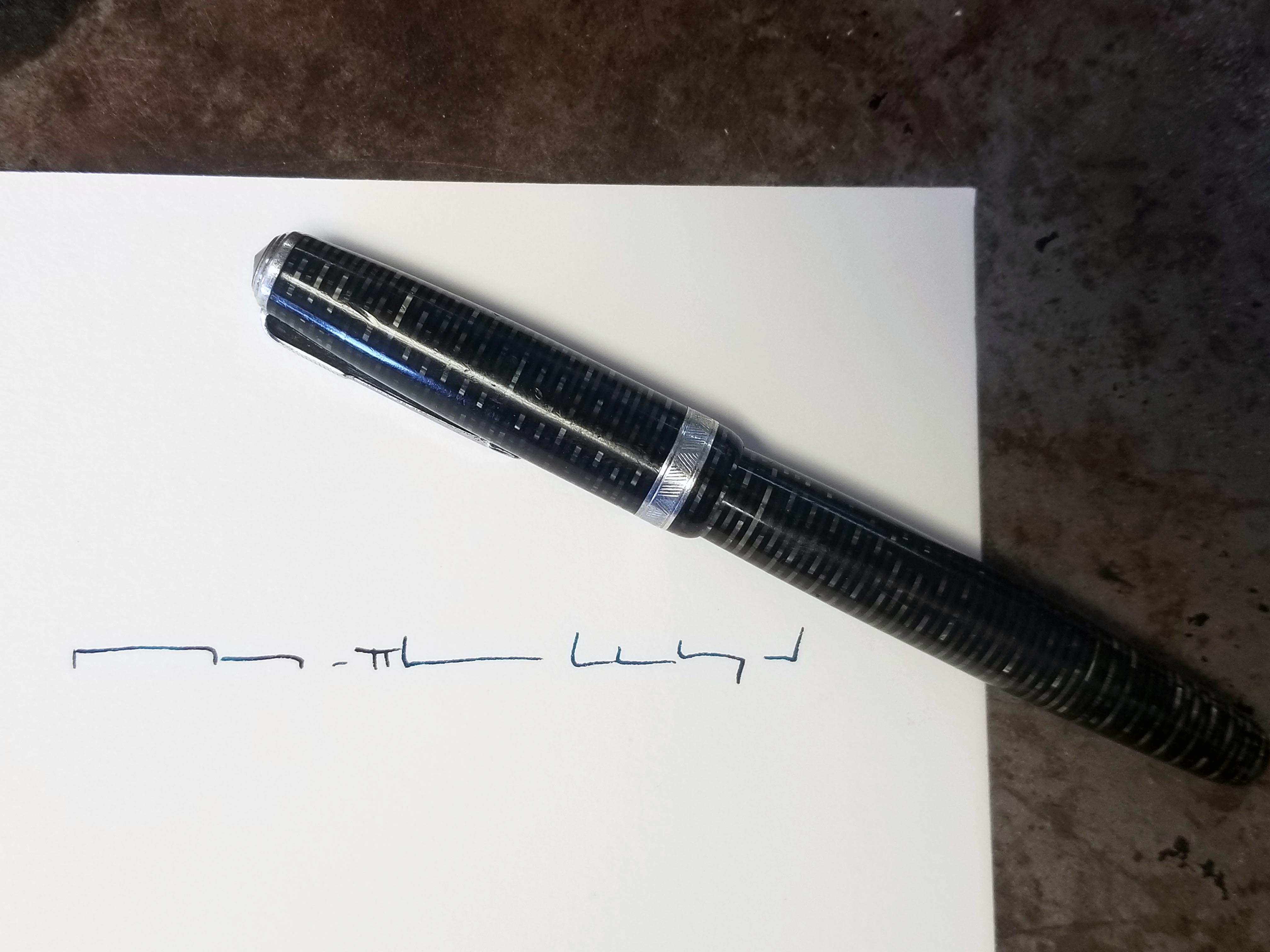 Did you do it?

I think it’s a rite of passage to spend your grade school years filling a notebook with subtle permutations of your very own name. Exploring the letterforms – their shapes and the beautiful interstitial spaces.

At some point, we become aware of the fact that our own names exist in the strange place between written word and Art with a capital “A,” affixed in time and space like a logo. It carries weight beyond its phonics. It’s a proxy for our very own presence and word.

But it wasn’t until my mid-teens that it really meant anything.

The first time my signature mattered was on my driver’s license. Sometimes I wonder why anyone let 16-year-old me behind the wheel of a car.

But there it was, affixed on laminated paper (or maybe we had graduated to a thin plastic sheet already, I can’t recall): the illegible scribbles of a teen with more power than sense.

It was a nearly effortless tangle of alternating vertical slashes and little loops. You could spot the M and the E and the W – Matthew Eli Wengerd – there was even a descender for the G and some semblance of a D. 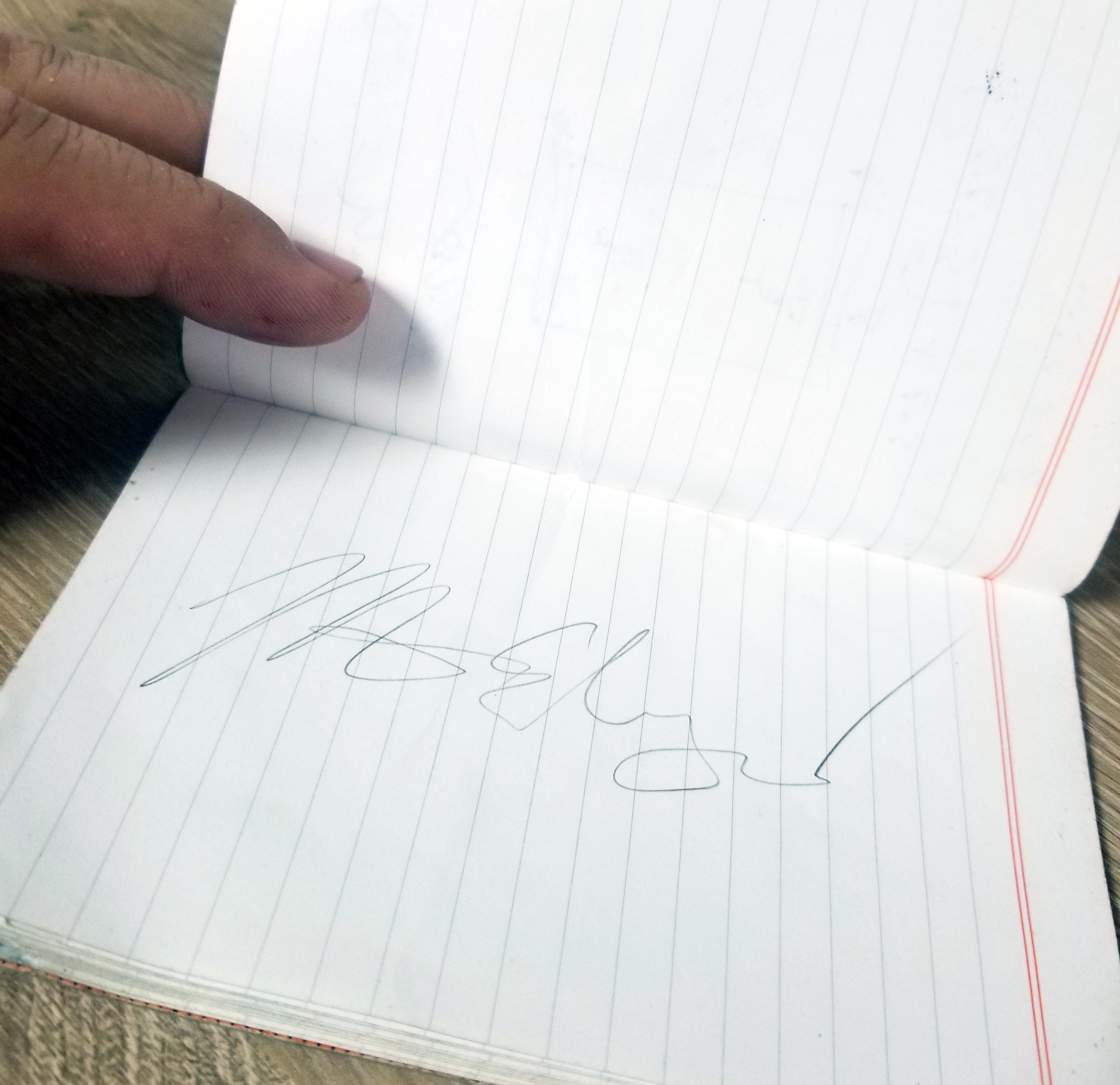 the signature of my youth

And, like many people, maybe like you, my signature didn’t change much after that. It looked nearly the same on my college application and my marriage license and, even though the resolution is never adequate, it even looked much the same on the tiny screen of a credit card terminal.

It’s that little terminal that might spell the death of the signature as a cultural staple.

With a recent change to the way credit card transactions are handled, the signature may all but disappear from everyday life.

But, much like the antiquated technologies that power the antique presses in the studio, I believe that the death of the signature marks the beginning of a new life.

A few years ago, I cracked open a used copy of the inimitable George Lois’ Sellebrity, a book full of stories that would make Don Draper blush or seethe with envy. It’s written as a series of vignettes, each numbered. I flipped the page to No. 76 and was stopped cold. 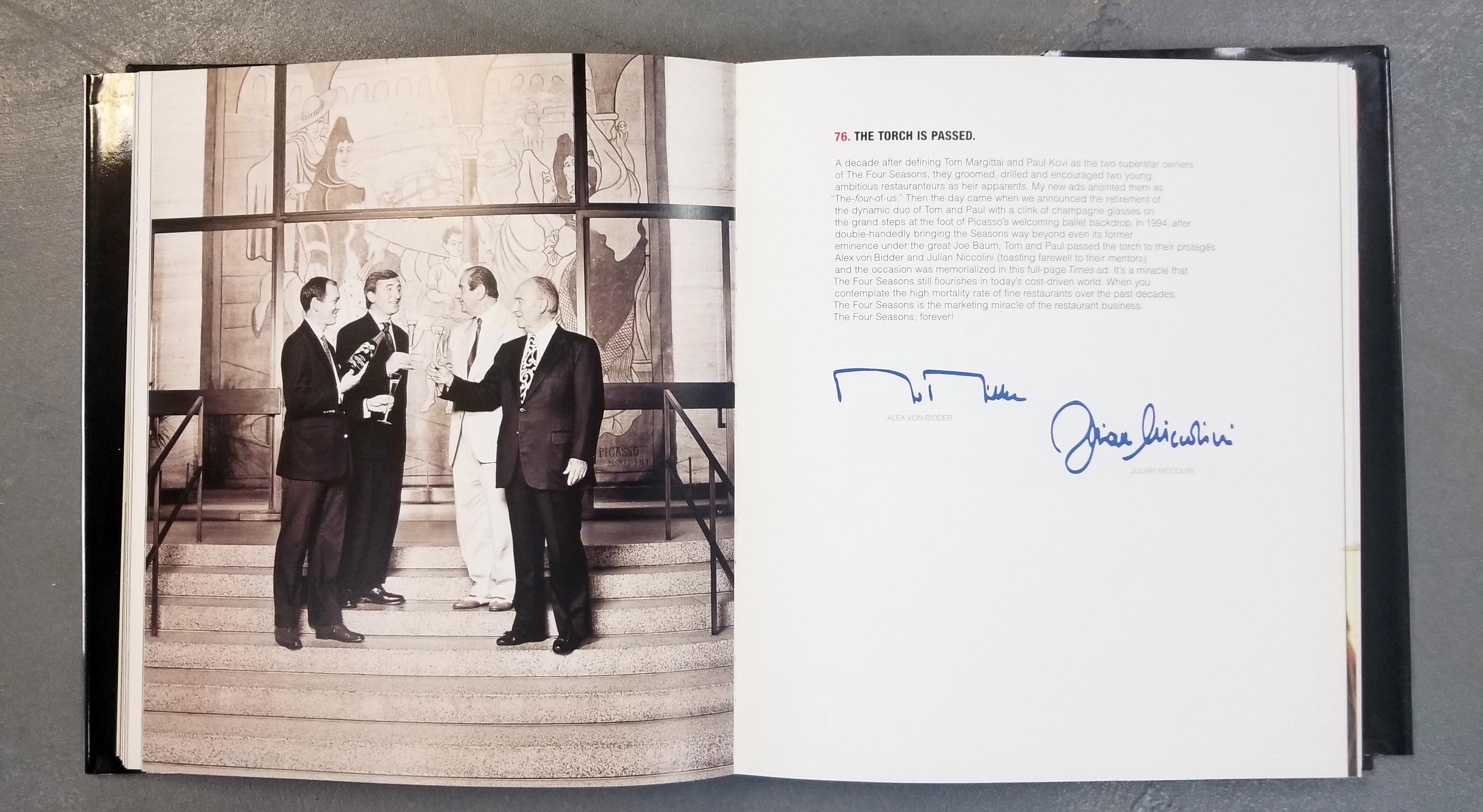 There, in fountain pen blue, was the signature of The Four Seasons‘ Alex von Bidder.

It was at once architectural and soft. It was artfully masculine and stylish.

It was just what I needed!

So, somewhere in my archives, you’ll find a Field Notes notebook with about a dozen pages of exploration and practice. How can I craft a mark as commanding as this?

And, while I never got all the way to where I was going, I believe that perfect is the enemy of done and I adopted this new mark as my own. It takes nearly twice as long to execute as my uneducated doctor scrawl of the past, but I think it suits me much better.

And that brings us to today. The new era of the signature.

As the muscle memory that crafts their signature atrophies, I’ll be writing notes of gratitude and memory, placing my mark as my proxy at the end, reminding the recipient that this note was crafted by human heart and hand.